In the first step you will be asked to choose a plant name for the new plant.
Of course, you can change this name later.

All inverters, sensors and other devices connected to the data logger now appear in the middle column.
Click on the desired device so that it appears in the right column.
You can repeat points 2 and 3 to add more devices from this or another data logger to the plant.

Click Add Device so that the attachment is saved.

In this portal you are free to choose how many virtual assets you want to create and how they are composed.
Here are a few examples of what combinations are possible.

In the standard system, there is a data logger on site and a virtual system with all inverters in the portal. 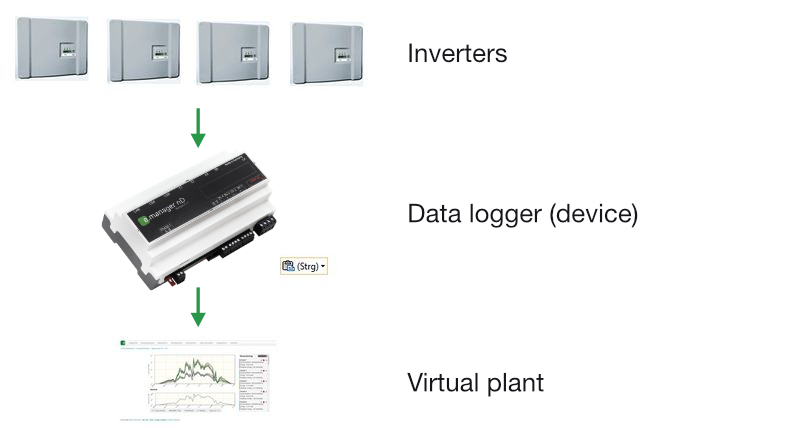 Example:
Shared plants. This way each owner can only see his inverters. 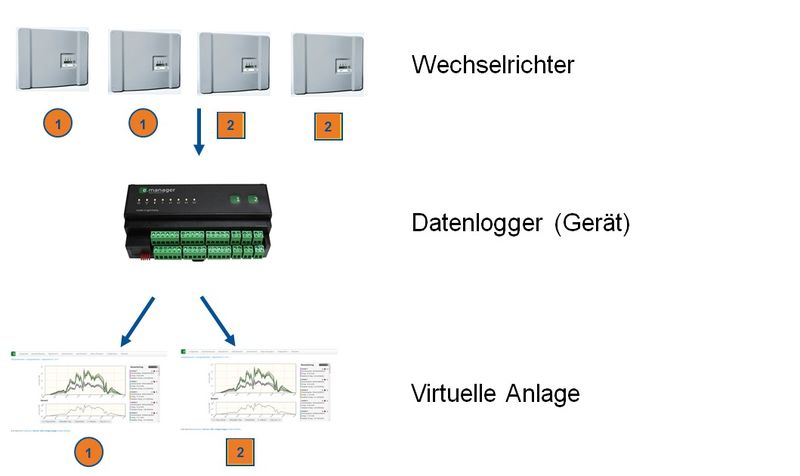 In the case of the combined system, it is possible to create
a virtual system from two or more data loggers.
Example:
A customer has two PV plants. Two virtual plants already exist for these PV plants.
In order to better compare the inverters, one can create a combined plant with all inverters. 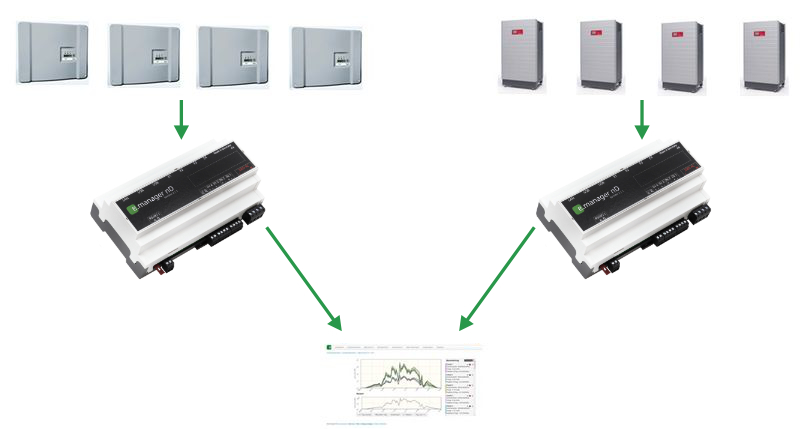 With the system mix you have the free
possibility to combine inverters from different data loggers.
Example:
For example, you can combine all SMA inverters from all plants into one virtual plant. 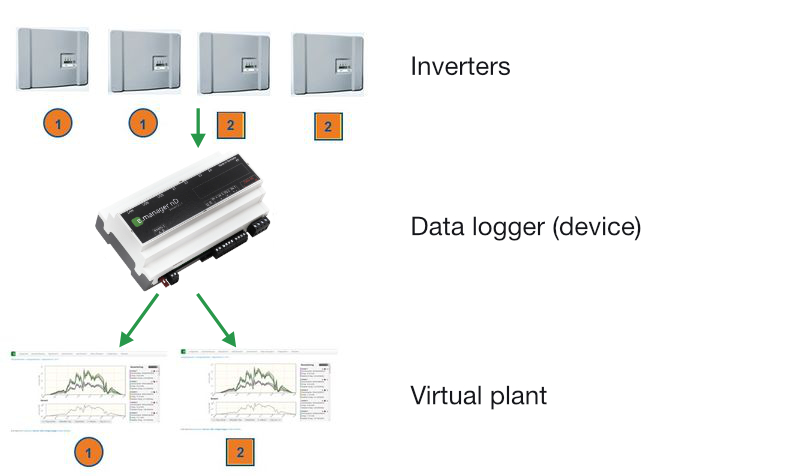